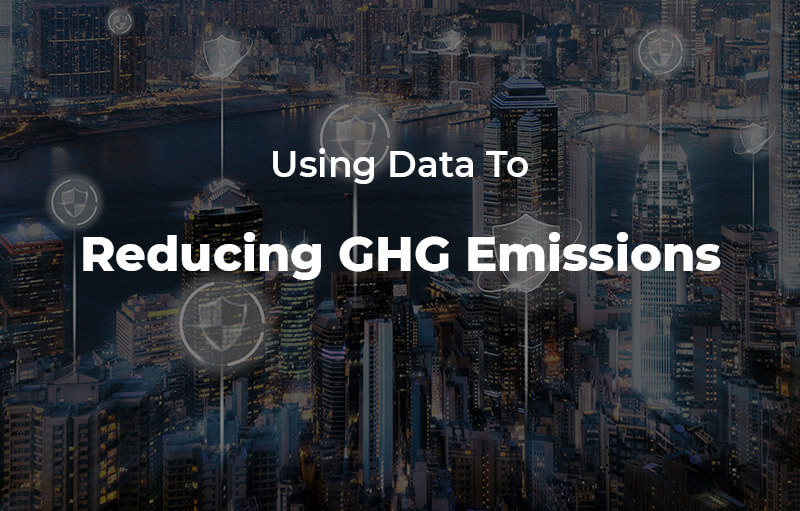 Posted at 06:32h in GHG Emissions by admin
0 Likes

Reducing GHG Emissions with the help of Data

While the emissions released by a building are primarily dependent on energy consumption, there are other factors impacting just as much. The first step at cutting back the emissions is inevitably gauging where the building stands, as well knowing how exactly they are being released. The same amount of energy produced from clean sources, for example, will be way less impacting than, say, from a coal power point. The knowledge of how the emissions are produced will help the owners draft policies aiding reduction, which is crucial in maximizing the greenhouse gases avoided per dollar. However, not much discernible or sustainable intervention at the policy level can be implemented without tangible, updated data that has been properly analyzed.
Energy upgrades or green interventions help tip down general operating costs as well as emissions, however, both are not necessarily promised together. It is material and situation dependent. For instance, the energy audit might recommend LED lighting which will surely reduce the cost but not so much of the emissions. Moreover, you could invest in cleaner sources like solar panels which might even increase operating cost initially.

This makes benchmarking an imperative part of achieving green efficiency of your building. Building energy benchmarking, simply put, refers to a systemic and continuous process of reviewing your building’s ongoing energy consumption to determine how optimally it’s functioning. It can be internal- measuring the building’s present performance to the past or it could be external, which involves comparing two buildings or more altogether. Regardless of the type, the data studied motivates owners and occupants to strive for improvement. Energy benchmarking essentially involves tools like ENERGY STAR Portfolio Manager, internal or external data is collected, following which the data is verified to ensure reliability and accuracy.  It is becoming mandatory with grappling threats of climate change that have only blown out post pandemic. Therefore, it is wiser and safer to participate and invest in Energy Benchmarking and reap the benefits.

Benchmarking will render answers to questions like ‘how much energy is my building using each year?’ ‘What is the consumption pattern & which sources am I currently using?’ Further it also facilitates a comparative as well as competitive analysis to other similar building types. In sincere accordance with these concerns, NYC Local Law 84, was thankfully introduced in 2009 mandates buildings over 50,000 square feet or groups of buildings on a single lot larger than 100,000 square feet to partake in ‘energy benchmarking’ – to annually measure, track, and report the energy & water consumption. This is done to facilitate a comparative understanding of the building’s energy usage.
It is one of the four plans part of the Greener, Greater Buildings Plan and it easily applies to at least more than 16,000 buildings in NYC.

Energy Modeling advances benchmarking one step further in order to provide the picture of your building’s energy consumption even more accurately. It can also be used to predict energy performance of buildings that are yet to be constructed even.
It is absolutely crucial to realize that the benefits of green investments or energy updates will be not enjoyed in isolation in a building, as opposed to common understanding. Instead the building is analyzed as an interconnected system. LED lighting effects HVAC performance by reducing the air conditioning load as the lighting emits less heat, for example. Similarly, endless interactions within a building take place at an energy level. If the measures are devised separately, optimum efficiency is not really attained. Devoted only to emissions, Local Law 97, one of the most determined plans was introduced. It was included in the Climate Mobilization Act which was passed by the City Council in April 2019 as part of the Mayor’s New York City Green New Deal. Under this pioneering law, most buildings over 25,000 square feet will be required to meet new energy efficiency and greenhouse gas emissions limits by 2024, with stricter limits coming into effect in 2030. The goal is to reduce the emissions produced by the city’s largest buildings 40 percent by 2030 and 80 percent by 2050. The law has also successfully established the Local Law 97 Advisory Board and Climate Working Groups to advise the city on how best to meet these unavoidable and now urgent sustainability goals.

The Cotocon Group can help you in reducing your Building’s GHG Emissions. We are Sustainability Consulting Experts based out of New York City with years of expertise and qualified engineers. Get in touch with us  to know more!