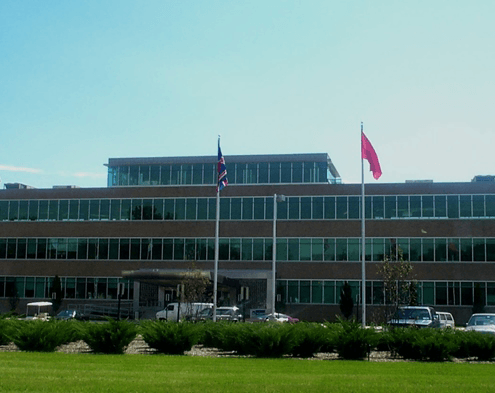 I park Lake Success, managed by George Mullen and his Team at Winthrop Management, has earned the U.S. Environmental Protection Agency’s (EPA’s) ENERGY STAR certification. This signifies that the building performs in the top 25 percent of similar facilities nationwide for energy efficiency and meets strict energy efficiency performance levels set by the EPA.

“i.park Lake Success is pleased to accept EPA’s ENERGY STAR certification in recognition of our energy efficiency efforts,” said George Mullen Vice President of Operations. “Through this achievement, we have demonstrated our commitment to environmental stewardship while also lowering our energy costs.”

Commercial buildings that earn EPA’s ENERGY STAR certification use an average of 35 percent less energy than typical buildings, while also releasing 35 percent less carbon dioxide into the atmosphere. i.park Lake Success improved its energy performance by managing energy strategically across the entire organization and by making cost-effective improvements to its building(s). One of the biggest accomplishments of i.park Lake Success, is that it has prevented greenhouse gas emissions equal to the electricity use from 69 households for a year*.

“Improving the energy efficiency of our nation’s buildings is critical to protecting our environment,” said Jean Lupinacci, Chief of the ENERGY STAR Commercial & Industrial Branch. “From the boiler room to the board room, organizations are leading the way by making their buildings more efficient and earning EPA’s ENERGY STAR certification.”

To earn the ENERGY STAR Certification and be guided through these energy-savings measures, i.park, Lake Success utilized the LEED engineering group, The Cotocon Group, an ENERGY STAR Service and Product Provider (SPP). The Cotocon Group worked with i.park to evaluate and assist in the implementation of energy conservation measures, to help i.park reach its goals.

“As an energy professional, with the history of this facility I knew that our focus had to be on Wasted Energy,” said Jimmy Carchietta, LEED AP Founder and CEO of The Cotocon Group. “Wasted Energy Savings is very important because every energy dollar saved means more dollars to improve the infrastructure and reinvest in other energy conservation measures, without taking capital out of your pocket.”

The i.park Lake Success complex was originally constructed in 1941 by the US Government, and served as a defense plant for Sperry Gyroscope. After World War II, 1111 Marcus Avenue (known today as i.park) became the original home of the United Nations prior to its relocation to Manhattan. In 1951 the property was sold to a series of military contractors. In 2000, the current ownership acquired 1111 Marcus Avenue and redeveloped the warehouse/manufacturing facilities to the existing mixed use complex that still exists today.

i.park Lake Success is approximately 1,400,000 SF in total which consists of common & tenant area space. There are multiple site surface area parking spaces that upon seeking LEED certification would have designated priority parking for Low-Emitting and Fuel-Efficient vehicles. We believe a properly designed, specified, constructed and operated energy smart facility will generate years of significant revenue for i.park Lake Success, and in addition significantly continue to reduce our existing carbon footprint and energy service budgets.